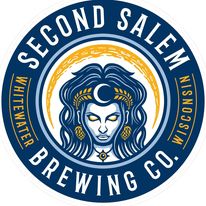 In the early 20th century, locals referred Whitewater as “Second Salem” due to its reputation as a site of witch gatherings at the Witchtower (the Starin Park water tower), strange murders, unearthly creatures in the lake and other unexplained phenomena. These events, figures and architecture are part of a collective past that makes our town unique and provides a rich variety of stories to translate into extraordinary beer.
Bar & Grill   Sip and Dine   Winery and Brewery
Contact Information
Phone: (262) 472-2920
Website: view our site
Email: info@secondsalem.com