The Ghosts of Hamilton House B&B

As I’m sure you can imagine, Whitewater, WI’s old Victorian mansion on Main St., Hamilton House B&B, offers its fair share of creaks and groans, but as the weather cools and the winds shift, the ghostly legend of the B&B arises again and begs to be told.

In the late 1800s, the Van Gieson/Posey family purchased the house. Sarah Posey, daughter of Van Gieson, taught art lessons out of the home and even inlaid a few hand painted tiles into the woodwork of the grand staircase while her father tiled the facing of the fireplace in the dining room, including two tiles in the upper corners that featured the faces of Sarah and her son (Little Boy Posey). Legend has it that Sarah and her son were very happy, but Sarah’s husband, Oliver Posey, wanted to get rich quick. Only a handful of years later, the family sold the home, took off to California, and no one saw them back in Whitewater (alive) again.

The house suffered under new owner after new owner throughout the early 1900s, and in the 1950s, it fell into disrepair. Walls and flooring needed redoing, and they noted that the tile of Little Boy Posey’s portrait was missing from the fireplace. Every resident of the house reported seeing a woman in her nightgown out in the East Gardens.

When the house became a fraternity in the 1960s/70s, students frequently saw a little boy at the foot of their beds in the middle of the night. They described him as an annoying kid who acted like a little brother who needed attention. His favorite room was his mother’s at the top of the stairs, today’s Deluxe Room, the Pissarro. Little Boy Posey’s constant presence disturbed one man so much that he never stepped foot in the Hamilton House again.

After the fraternity shut down, the owners turned the back hallway into a doll museum. They constantly found dolls moved around, placed on chairs, and on the floor in the middle of the hallway. They guessed it was Little Boy Posey trying to get their attention.

Once the house finally underwent major renovations, they suddenly found the missing tile of the son’s face out in the East Garden where Sarah always stood. After they returned it to the fireplace facing, they never saw both ghosts again.

Former Owner, Kathleen Witham Fleming, met with distant relatives of the Poseys. She shared the story of the ghosts and learned more about their family history. Many believed Little Boy Posey died of small pox and Sarah of heartache. They actually both lived long lives and died in old age. After they passed, their bodies were returned to Whitewater and buried in Hillside Cemetery. Kathleen believes that the ghosts returned to the place where life was the happiest.

“Our legend is short and sweet. I like that we have a ghost story that’s benign…and that they’re gone.” *laughs* 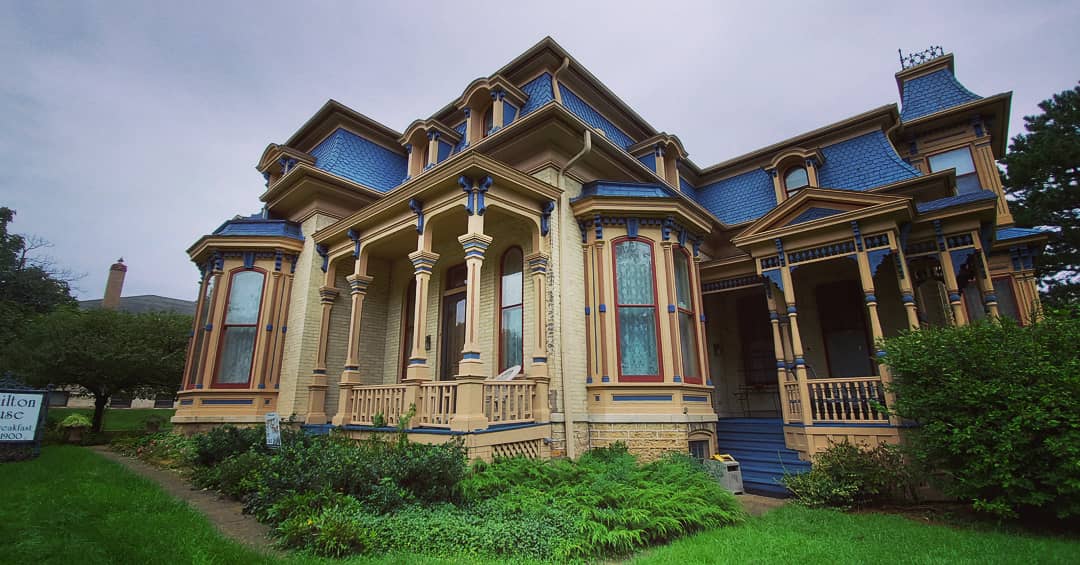 If you want to hear more ghost stories and local spooky lore like this, grab tickets for the Spirit Tour in October. Immerse yourself in the spiritualism presence that gave Whitewater the nickname, “Second Salem.”