Have you ever wanted to fly like an eagle, but with greater wingspan and better stamina? This is hang gliding, according to Hang Glide Wisconsin owner, Danny Lange, who shared this in an interview with a team from Discover Wisconsin after he’d just flown with host of the WI tourism show, Mariah Haberman.

The crew arrived bright and early to gear up for a full day of filming some of the outdoor fun that can be found in and around Whitewater including Hang Glide Wisconsin, Whitewater Lake Beach, and the trails of the Kettle Moraine State Forest

We were fortunate enough to tag along and capture behind-the-scenes footage of the Discover Wisconsin crew working their magic for an episode that’s airing Spring of 2020. The film crew got the GoPro ready for flight on the hang glider while they captured shots of Lange and Haberman talking logistics of flying, safety, and taking moments to laugh the nerves away.

Once ready for flying, Lange and Haberman strapped themselves into the hang glider and discussed logistics again before getting hooked up to the plane. 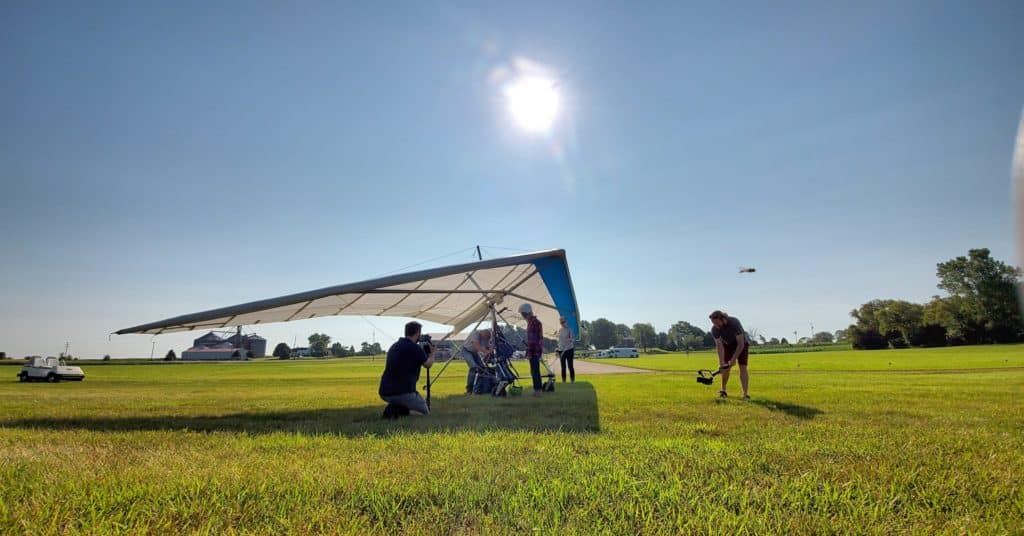 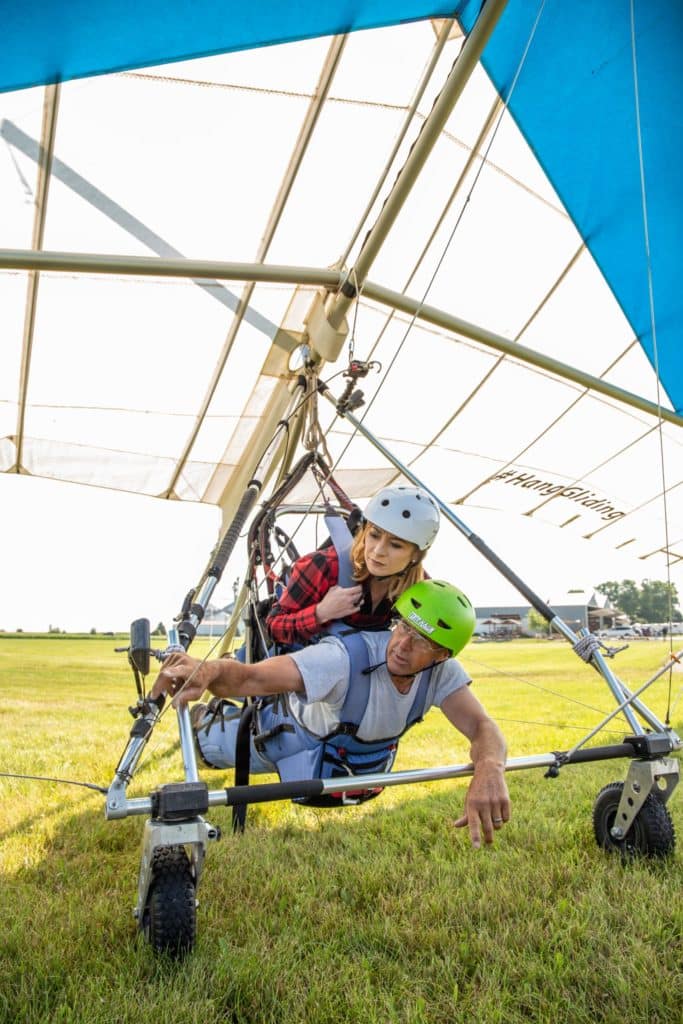 And then take-off! According to Danny, the views are so spectacular, you can see the itty bitty Milwaukee cityscape on a clear day.

We cannot wait to see the GoPro footage from the flight. We especially look forward to the footage from atop the hill on the Hang Glide Wisconsin property.

“That’s the craziest thing I’ve ever done,” shared Haberman after her flight. She and Lange then bonded about how you get to mentally process the flight as it’s happening.

Next up, we headed to Whitewater Lake Beach. The crew worked to get shots of Haberman relaxing in the sun and walking the path along the beach right before it filled up for the hot mid-afternoon. A perfectly calm end to an adrenaline-filled morning.

Discover Wisconsin’s arrival in Whitewater comes just in time for a re-airing of Just Off Main Street, another episode they filmed in which downtown Whitewater is featured. Be sure to tune in this weekend!

And visit Hang Glide Wisconsin for an incredible experience.